Jeff Krotine, who leads a team developing an environmentally friendly coating for paper food packaging applications, is a man who likes to take a good idea and guide it to a successful commercial introduction. He’s done it over and over again since he graduated with a degree in chemistry from the University of Cincinnati in 1997. 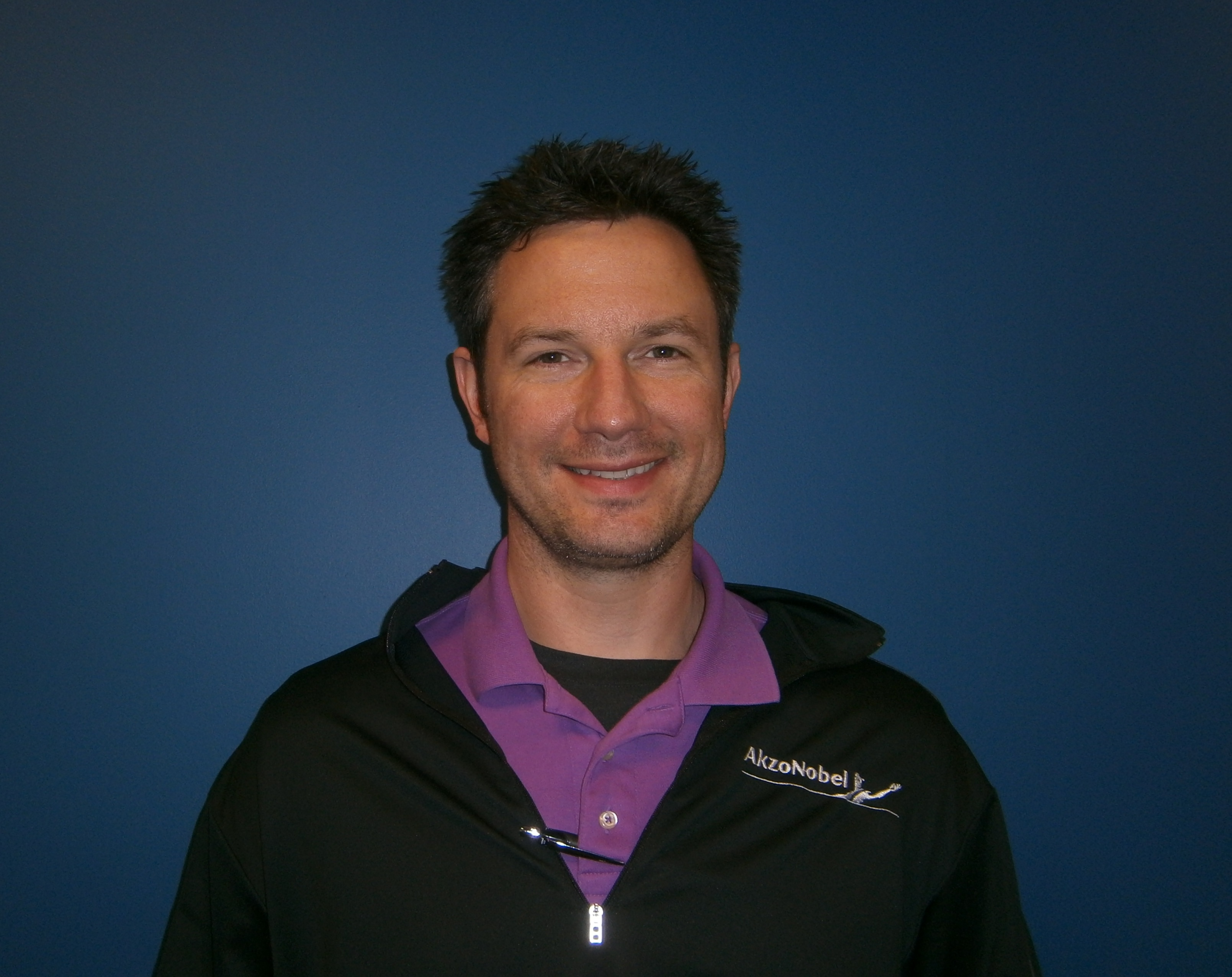 It began near where he grew up in northeastern Ohio, with BF Goodrich, working on brake discs for the landing gears on aircraft. After a few years, he shifted into the development of polymers for “MEMS” – micro-electrical-mechanical systems – and semiconductors for the microelectronics industry. He then joined a start-up to commercialize an inventor’s idea for an environmentally friendly hot-melt glue – the kind of glue that holds together boxes. The product was so commercially promising that major adhesives manufacturers bid for the rights to this unique technology, he says, with if finally purchased by H.B. Fuller.

In 2011, Jeff joined AkzoNobel. “I came to AkzoNobel to work on the coatings I used to complain I couldn’t stick to with my glue,” he jokes. “We’re trying to make the world’s next paper cup – with a coating that is compostable, recyclable, and re-pulpable.” The product, which is called EvCote™, has been commercialized for coating French fry cartons, and the next big effort will be for paper cups. “There are 200 billion cold drink cups used per year, so we think there’s great potential there. EvCote™ gives us a very good opportunity to make a big change to an industry that hasn't changed for decades.”

Jeff notes that his experience with AkzoNobel closes the circle, in a way, on product development work. Early in his career, he worked on technologies that could then be patented. After that, he took someone else’s patent and made it commercially viable. Now he’s taking something with clear commercial viability, and focusing especially on how to scale it up for large-scale production.

In his spare time, says Jeff, he is deeply involved with his two daughters – a nine-year old and an eleven-year old. In the time that’s left over, he plays volleyball and is an avid recreational cyclist. He also enjoys sampling local craft beers, and is known to bring an unusual coffee to the office if he happens to come across a local coffee roaster while visiting a client.