Bill Smith, leader of the Bluebird restoration project, commented: “We spent ten years being supplied with samples of nearly, but not-quite, versions of Bluebird blue – RAL 5009 – however it wasn’t until we uncorked our tins of Perfection Pro that we actually clapped eyes on her true color. Now that was impressive!”

Bluebird crashed on Coniston Water in 1967. Decades later, diver and enthusiast Smith took a keen interest in the story. He conducted extensive searches over a period of four years and was finally able to find and then salvage the wreckage in 2001. Together with a team of volunteers, Smith has led the project to lovingly restore Bluebird at a workshop in the North East of England. 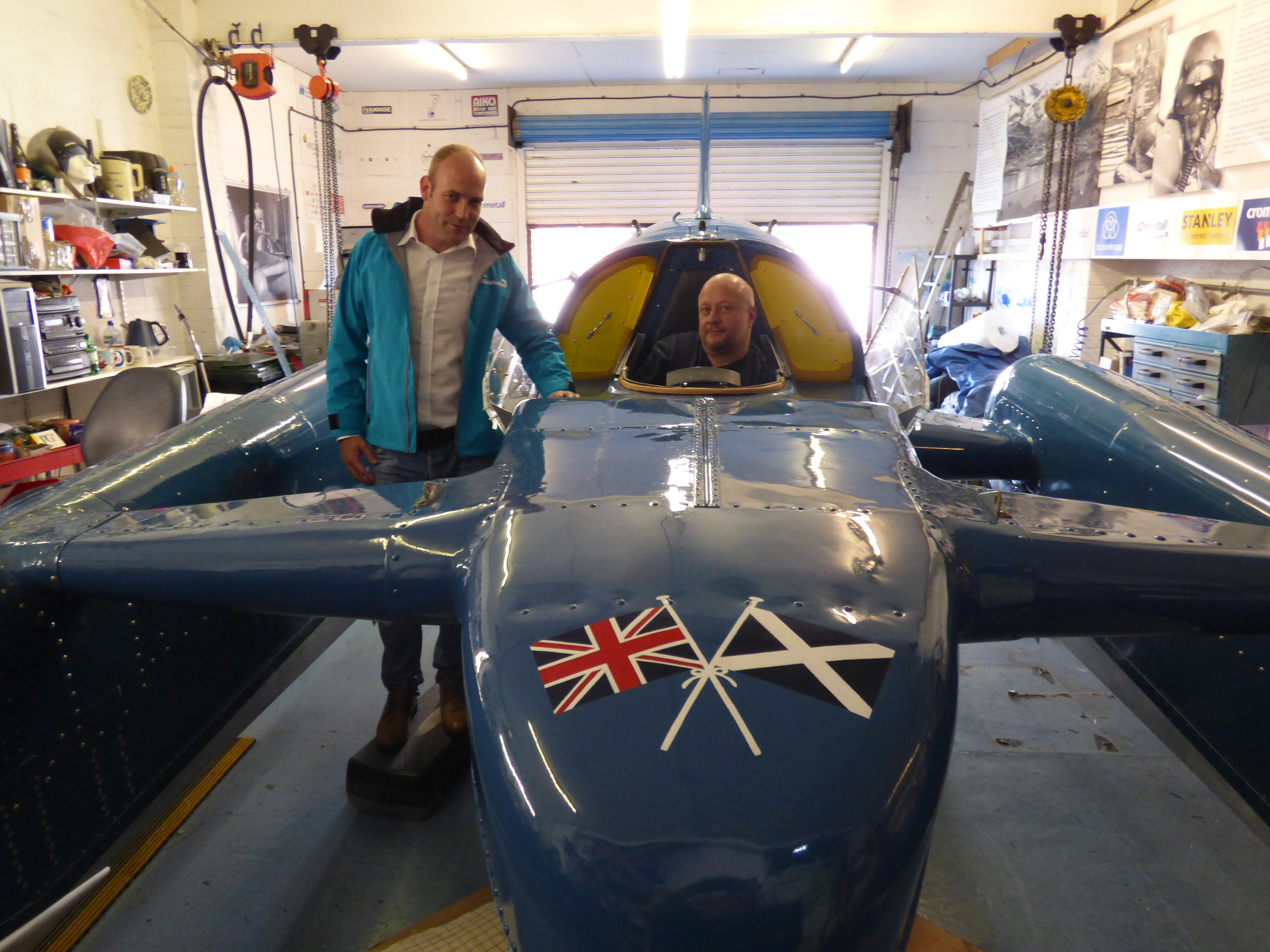 As an industry leader in paints and coatings with extensive expertise in protection and color, several AkzoNobel products were chosen for the restoration process. However, it was AkzoNobel’s International brand which provided the exact match for Bluebird’s famous color.

The boat has been blasted and coated with AkzoNobel’s International Interzinc 72 protective coating and its Interpon 610 TGIC-free polyester powder coating. The bodywork has been rebuilt and completed using Cromadex 903 Etch Primer, Cromadex 750 Grey Primer and International Perfection Pro yacht topcoat.

“I'm very proud that we're able to be part of this incredible restoration project,” said Chris Panton, Area Sales Manager, AkzoNobel Cromadex Newcastle. “The Cromadex team has been a part of the project for several years, supplying various products from AkzoNobel’s extensive portfolio of liquid and powder coatings.”

Now, fifty years after the legendary Donald Campbell died trying to break his own water speed record, Bluebird is making a triumphant return to the water this summer.

Bluebird will be taken to the water at Loch Fad on the Isle of Bute in Scotland to train for launching, landing, lifting, pilot training and, most importantly, to check for leaks in the hull. Eventually the team hopes to display the boat at speed one final time on Coniston Water in the Lake District.