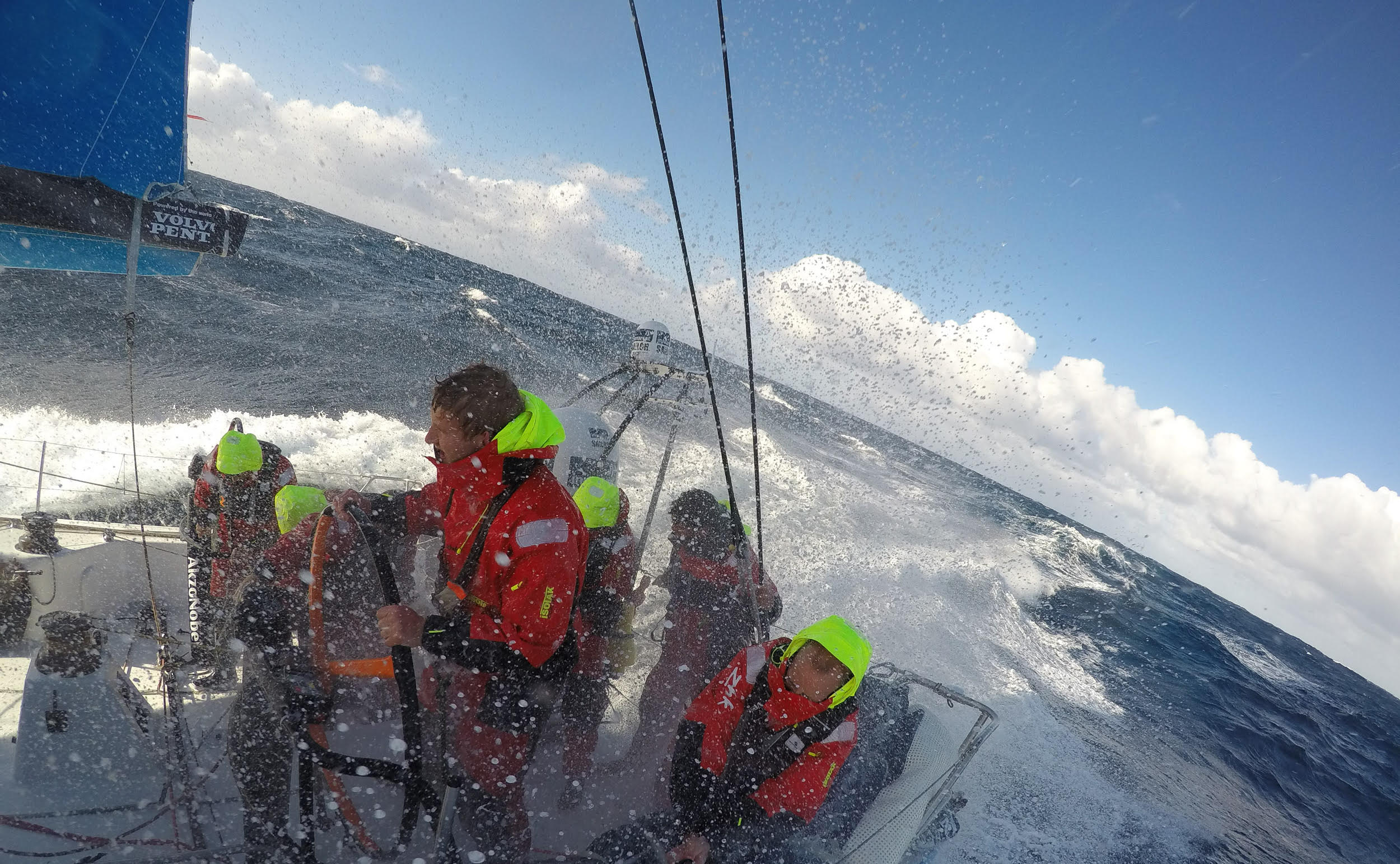 “The crew I have chosen blends maturity and experience with youth and vigour,” explained Tienpont, who will be competing in his third Volvo Ocean Race. “We have an incredible depth of experience in the team, with 24 Volvo Ocean Races and five Olympic campaigns between us. We also have the instinctive high performance skills of our two under-30 sailors, Brad and Nicolai, to call on.”

Kiwi sailor Jackson (49) will be taking on his seventh Volvo Ocean Race as a competitor and has never finished lower than fourth. Bermudez (47) is one of Spain’s most prolific and popular ocean racers. He has six previous Volvo Ocean Races to his name, including a spectacular victory in the 2014-15 edition.

Signorini (39) has sailed the Volvo Ocean Race three times and won in 2008-09. In the 2014-15 edition he worked with Jackson as crew coach at Team SCA. British sailor Salter (48) is internationally lauded as a top-flight racing navigator and has competed three times in the Volvo Ocean Race. Alongside Jackson and Signorini, he was part of the victorious 2008-09 Ericsson Racing crew.

Australia’s Luke Molloy and Denmark’s Nicolai Sehested have taken part in one Volvo Ocean Race apiece. Molloy (37) is one of yachting’s most widely respected all-rounders and constantly in demand on the international racing scene, while Sehested (27) is best known as a skipper on the World Match Racing Tour.

The shore-based support team also includes Bryce Ruthenberg from Australia and Dutchman Eduard van Lierde, who have been nominated as reserve sailors to join the crew in the event of sickness or injury.

Added Tienpont: “To lead a Dutch team in the Volvo Ocean Race is a real privilege because this race has such a huge legacy in the Netherlands. It’s incomparable with any other sporting event and we are all proud to be flying the flag for the Netherlands.”

Commenting on the announcement, AkzoNobel CEO Ton Büchner said: “The Volvo Ocean Race is a wonderful showcase for the unrivalled quality and high performance of our products, so it’s important this is reflected in the team itself. Simeon has assembled an outstanding mixed crew of real pedigree which is fully committed to winning together and we are proud to have them on board.”

Work is underway at the Volvo Ocean Race Boatyard facility in Lisbon, Portugal, to fit out and paint team AkzoNobel’s brand new Volvo Ocean 65 yacht. The boat is scheduled to sail for the first time in early June, with an official christening ceremony planned to take place a few weeks later at the team’s base in The Hague, the Netherlands.

The team AkzoNobel crew will then begin a period of intense on-the-water training before the eight-month round-the-world race officially starts in Alicante, Spain, on October 22.